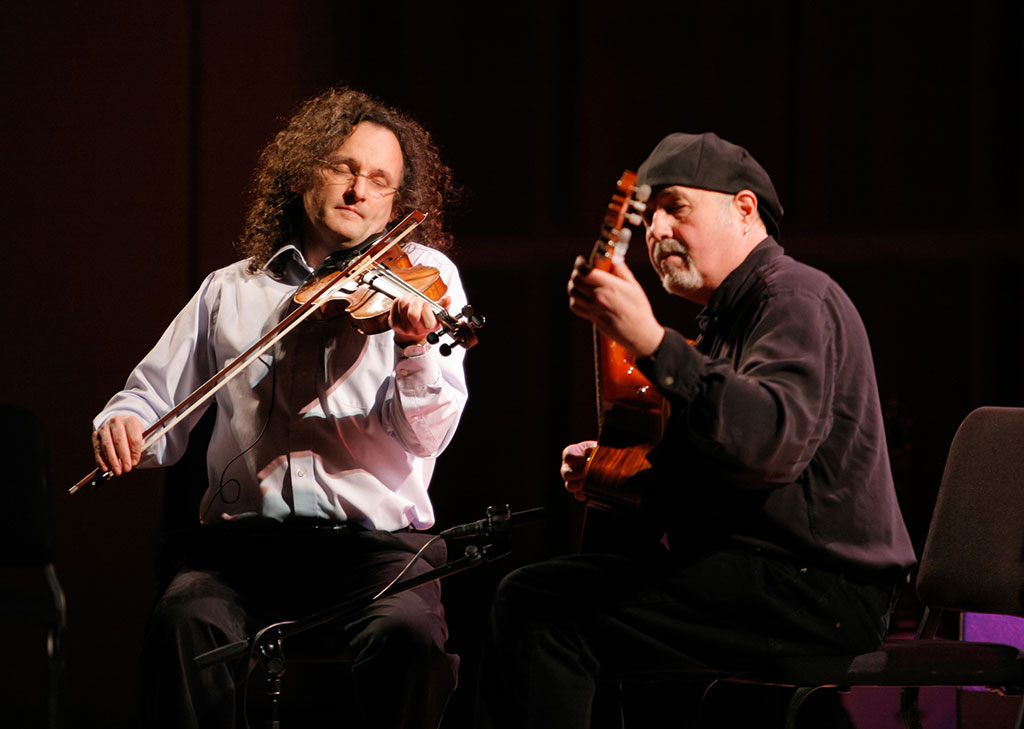 Irish fiddle virtuoso Martin Hayes and American guitarist Dennis Cahill possess a rare musical kinship, ranking them among the most memorable partnerships of our era. Together they have garnered international renown for taking traditional music to the very edge of the genre, holding listeners spellbound with their slow-building, fiery performances. The duo opens the doors of traditional Irish music and releases its pure, distilled beauty while incorporating sensibilities from the worlds of classical, blues and jazz. The New York Times calls them ‘a Celtic complement to Steve Reich’s quartets or Miles Davis’ ‘Sketches of Spain'.
Martin Hayes’accomplishments extend far and wide, both artistically and geographically. He has been an All-Ireland fiddle champion six times over, and has taken home a National Entertainment Award, the Irish equivalent to the 'Grammy'. He and Dennis have also appeared internationally on television and radio, including NBC Nightwatch, PRI’s A Prairie Home Companion, and the BBC’s Jools Holland Show. The duo has collaborated with Sinead O’Connor, Iarla O’Lionáird and photographer Steve Pyke in a special stage performance and film of Timothy O’Grady's book, I Could Read the Sky, an acclaimed novel of Irish emigration. Martin has also appeared as a guest artist on recent recordings with Darol Anger and Irish composer Gavin Friday.

Born in Ireland and now residing in Seattle, Martin plays in the slow, lyrical style of his native East County Clare. He grew up playing traditional music with his father, P.J. Hayes, leader of the famed Tulla Ceili Band. The younger fiddler has a great reverence for the old players, whose music contains the longing and essence that moves you at the level of your soul. Martin brings that same depth to his own playing, rendering it unique with passion and intimacy.