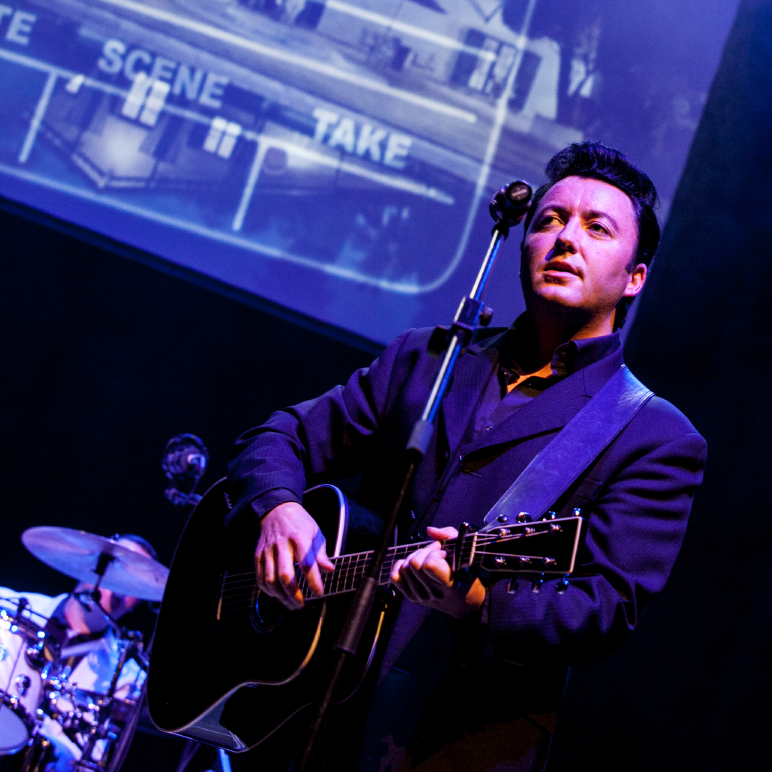 “As a member of this family, the Cash Family, I was in awe of how incredible the performances were. Clive and Jill capture my Grandfather and Grandmother JUST as they were in this world they put a mark in. And not just the focus of the show, being those two talents, but the rest of the crew, absolutely brilliant. I have never seen a stand up bass spun around that fast, just to predict the perfect punctuation for landing! And don't get me started on the electric and the drums! AMAZING! I sincerely believe that there is an art form to 'tributing', but this was absolutely authentic to the point where it felt as if it wasn't a tribute, per say, it was a rock-n-roll gig! Given by some sincere rock-n-rollers! I am a fan! ”

“His resemblance is uncanny”

Officially, the World's No. 1 music production, celebrating the life & work of Johnny Cash. The only show to be endorsed by the 'Carter-Cash' family!
Welcome the Johnny Cash Roadshow, a show not to be missed by avid fans or the casual listener. This year prepare for a musical adventure unrivalled by any other that truly celebrates the career of a music legend, Johnny Cash.
The UK’s No1 Tribute, fronted by respected singer/songwriter Clive John, with The Spirit Band, re-create with astounding accuracy and truly capture the essence of what it was like to be at a real Cash show! Featuring Jill Schoonjans as June Carter and two more talented ladies as the Carter Sisters, all aspects of Cash’s life are covered with impeccable taste.
The show takes the audience from the 1950’s right up to 2002 and all the stops in between. All the greatest hits are included, Ring of Fire, Walk the Line as well as the Johnny and June duets Jackson and If I Were a Carpenter and so many more, all the while accompanied by an amazing video back drop with evocative images and shots from Johnny Cash’s life.